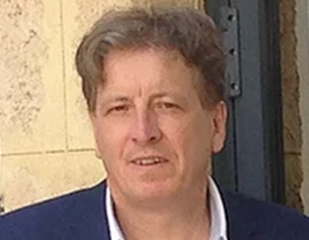 American Medical Association Guides to the Evaluation of Permanent Impairment; WorkCover Guides for the Evaluation of Permanent Impairment; Endorsed Clinical Neuropsychologist; Appointed as an expert witness in both plaintiff (e.g. personal injury) and defendant (e.g. insurance) contexts, presenting as both a single expert and via conclave under both junior and senior (i.e. silk) barrister examination and cross-examination.

Biography
Professor Foster received his basic and advanced training in neuropsychology via Oxford, Manchester and Edinburgh universities and subsequently in the USA/Canada via a Royal Society/NATO International Fellowship in Neuropsychology (Toronto/Boston/Ottawa/Pittsburgh). Among other awards and positions of responsibility, he was elected to the National Executive Committee of the British Neuropsychological Society (1997-2000) and to the National Executive Committee of the College of Clinical Neuropsychologists (APS; 2005-2008). Professor Foster has consulted to clinical, industrial, commercial, media and legal organisations in Europe, North America and Australia across his career to date. He has undertaken assessments and professional reviews for international clinical regulators/boards (including requested assessments of medical practitioners, nurses and other health practitioners). Professor Foster has presented internationally in the audiovisual and written media on matters related to his expertise in clinical neuroscience; he has given several hundred invited clinical/scientific presentations and has authored numerous publications that are directly related to his clinical practice. A recent book written for a general audience published by Oxford University Press has now been translated into nine languages:-
https://www.amazon.com/Memory-Introduction-Jonathan-K-Foster/dp/0192806750