With many years’ experience in working for both Solicitors and the CPS, including appearances to testify in court, we are well aware of the requirements for timely reporting and will, whenever possible, fit in with court timetables. Our standard is always to provide reports within ten days of the appointment.

Our criminal law team are able to provide assessments and reports which include:

Prison and IRC visits
We are happy to visit clients held in prison or immigration removal centres and regularly travel to manage a wide range of locations in southern England.

Case studies
A 26 year old man was charged with possessing criminal property. Essentially he had bought numerous items on a regular basis which he had stored in his garage. He had no need for them but he could not afford them and ran up huge debts. He was examined by our psychiatrist who concluded that he had been depressed and that buying these items was his attempt at self-therapy. Because he was depressed he was not able to appreciate that he did not have sufficient funds, believing that his partner would top up his account with her wages. The case went to crown court and our psychiatrist was called. The court heard that although ‘retail therapy’ was not an actual treatment, it was a coping mechanism and the condition was very real – it had been treated with antidepressants. The court found in favour of the man and he was acquitted.

A 24 year old man was charged with robbery. He was imprisoned and it soon became clear that he was mentally unwell. He was assessed by one of our psychiatrists in prison and it was clear that the offence was psychotically motivated; the psychosis was caused by drug use. He had stolen some small items of jewellery because a voice had told him to do so. He acted on impulse and had no plan and was immediately apprehended. On legal advice he pleaded guilty but the court accepted our psychiatrist’s advice, backed up by the prison doctor and a hospital order was made by the court and he was able to receive appropriate treatment.

A 61 year old man was charged with breaching a sex offender order. He minimised his offence by saying he had just been chatting to the child in question. He was assessed by our psychiatrist in prison, who ascertained the fact that he had a very long history under a number of different pseudonyms, something which was not evident from the instructions received. The psychiatrist was able to get medical records from the secure psychiatric unit where he had been placed showing that he suffered from a psychopathic disorder, contradicting his account that he “…could be cured but that his solicitors refused to use the psychiatric reports”. Our psychiatrist also concluded that he suffered from Alcohol Dependence Syndrome and that this significantly increased his risk as he was more likely to act in a disinhibited manner. In conclusion the psychiatrist felt that this man posed a high risk of reoffending, showed no insight into his condition and was not treatable. The court accepted this evidence and an appropriate sentence was handed down.

A 34 year old man with a history of sleepwalking was accused of sexual assault after getting into the bed of a friend who was in a room previously used by the accused as a bedroom. He had only had a couple of hours sleep over the previous 2 days and only a small amount to drink. Our psychiatrist believed he had a defence of automatism but the psychiatrist for the CPS disagreed. Tests by a sleep expert were recommended; unfortunately this suggestion was not taken up. The case illustrates that automatism can only be diagnosed by a clinician but a disputed case needs the assistance of a non-clinical expert. 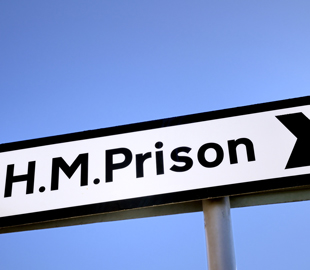