Our experts have a wealth of experience in producing reports in all areas of psychiatry. We have special expertise in the following conditions relevant to personal injury:

Where appropriate, diagnoses are made using DSM-5 criteria. We are aware of the requirements of Part 35, practice direction 3.2(9) and the Protocol for Instruction of Experts to give Evidence in Civil Claims.

Although we recognise that court appearances are unusual in personal injury work, our experts are experienced at appearing in court and understand the importance of booking diary dates in advance. We appreciate the requirements of the court, especially that reports be available on time and within budget. We can often recommend appropriate therapists who can help provide timely treatment identified by an assessment with one of our experts.

We have a number of experts who can report on whether or not, people who are the subject of alleged clinical negligence have suffered from a psychiatric condition in its aftermath.

Where there is an allegation of clinical negligence by an adult or older age psychiatrist, Dr Stoffels is able to give an opinion.

Case studies
A 20 year old man was involved in a road traffic accident. He was seen 2 years later and his family complained that he had been generally lethargic, demotivated and had not been able to settle at any college course or job. Our psychiatrist could not attribute this to the accident, which had been very minor and suggested the possibility of early schizophrenia. A review took place 2 years later and hospital records showed a number of psychiatric attendances showing bizarre behaviour and thinking, confirming our psychiatrist’s tentative diagnosis. The case was settled on the basis of the minor physical injuries.

A 54 year old man was attacked by a gang of youths whilst working on site. The Criminal Injuries Compensation Authority (CICA) paid him a lump sum based on his inability to work at the time. They stated that if the situation changed and he was not able to return to work they would reconsider. The man had ongoing symptoms and contacted CICA; their response was that they could not entertain what they perceived as a new claim without evidence.

One of our psychiatrists assessed the man and concluded that at the time of the original attack the man had developed Post Traumatic Stress Disorder. This had never been formally diagnosed and CICA had not seen fit to make appropriate enquiries. It was therefore submitted that their original settlement was unreasonable as the chance of spontaneous recovery had always been low and that treatment should have been offered at that time. CICA accepted the report, treatment was arranged and ongoing compensation was paid. 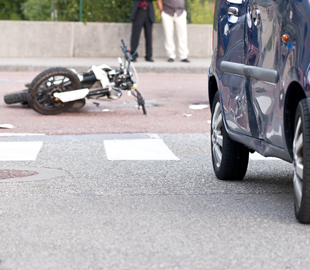