When a person makes a will it is assumed that they understand the basics of what they are doing. For example, they know what they have, in broad terms and they know who might reasonably be expected to be included in their will (even if they subsequently choose to exclude them). Yet on a regular basis, elderly psychiatrists are often asked to sift through the medical records of deceased people, whose wills are being contested, to see whether they showed signs in life of lacking capacity due to, for example, dementia. And there is really no guarantee of any conclusion being reached.

In contrast, an assessment done specifically to address the testamentary capacity of someone about to make a will is a relatively easy exercise and a brief report from a psychiatrist can be used after death as much clearer evidence, especially if it addresses the specific issues which are likely to be controversial.

As with any instruction, the psychiatrist is looking for the questions the solicitor wants answered, but also what, if any, controversial issue there are in the case. These could relate to the mental state of the individual – classically poor memory – or to particularly controversial proposals – such as leaving an entire estate to one child.

A well written capacity report will address all routine aspects of testamentary capacity, any specifics of the proposed will and any controversial issues arising out of the person’s medical notes, the interview with the client and the informant and the mental state examination.

Where comments made by the family or the solicitor’s own observations raise doubt as to the person’s ability to remember things – a classic example would be having to go over the same ground at a second meeting – should be considered for a capacity report. It is not really good enough simply to make sure the person has understood. If a person cannot retain information, their capacity to weigh it up has to be in some doubt and may be challenged after their death.

We can provide reports on capacity for anyone from the age of 16, with no upper age-limit. Preparing a full capacity report can involve:

Case studies
An 82 year old man was the donor of a power of attorney operated by his nephew. This included managing a number of income-generating policies. He also had two policies of which he was a trustee. Both these policies were generating very low levels of interest and the attorney wanted to sell them on behalf of the beneficiaries.

His solicitor advised him that unless his uncle had the requisite capacity to authorise this, his only course of action was to displace his uncle on both policies and appoint another trustee.

The nephew, believing his uncle might have the requisite capacity, instructed Allen Associates and one of our psychiatrists accompanied him to visit his uncle.

The conclusion was that he had the necessary capacity. A report was provided, which outlined the evidence in the event that his capacity might later be challenged, and the policies were sold. 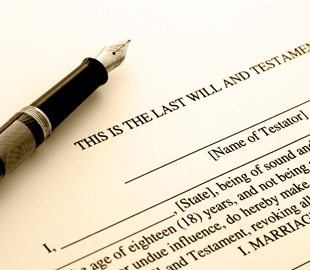