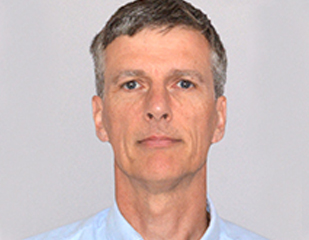 Accreditation
Approved Clinician status, including approval under section 12(2), of the Mental Health Act 1983.

Biography
After undergraduate study at Cambridge University, I completed clinical training at The London Hospital Medical College, part of the University of London in 1987. After obligatory house officer posts, I worked in general medicine and A&E as a junior doctor. I then started specialist training as a psychiatrist at Guys and St Thomas Hospital and South East London. I obtained my MRCPsych qualification by examination in 1993. I then moved to North West London and undertook higher psychiatric training as a Specialist Registrar on the St Marys Higher Training Scheme, including a period of supervision with Professor Peter Tyrer. I obtained my Certification of Completion of Specialist Training in 1997 and have been on the GMC Specialist Register in General Psychiatry since then.

I was appointed as a consultant psychiatrist in Hillingdon in 1998 and worked there for 21years, I have led inpatient, day- patient and community mental health multidisciplinary teams.

From 2001-2006 I was Clinical Director for Adult Mental Health Services in Hillingdon leading on care quality and introducing consultant appraisal. I have been the supervisor for numerous general and higher psychiatric trainees.

From 2009 to 2018 I was the Caldicott Guardian for Central and North West London NHS Foundation Trust and Consultant Lead for Clinical Systems from 2009 to 2016.

In 2010 I was granted Honorary Senior Lecturer status at Imperial College in recognition of my contribution to teaching medical students.

In 2015 I was awarded the Fellowship of the Royal College of Psychiatrists.

In 2017 I gained a Distinction by examination for the Diploma of Legal Medicine (Royal College of Physicians).

In 2019 I worked part time in High Down Prison (Surrey) seeing men on remand and sentenced prisoners and since November 2020 I have worked as a at Feltham Young Offenders Institute (London), seeing both adolescent boys and young men age 18-21.

I have also undertaken medicolegal work on a part- time basis since 2019 and in 2020 I completed 25 reports for solicitors, courts and social services departments. I have recently reported on the following areas: